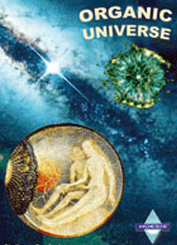 The observable universe is expanding at accelerating rates and the cause is a “mysterious” and expansive “dark energy”, according to orthodox Physics. The “mystery” actually depends on the dual human mind, “educated” to ignore the ONLY FORCE, which links the visible universe to the infinite, invisible ones, composed of dark matter. This is the WEAK NUCLEAR FORCE, responsible for humans’ eros, any natural being’s reproduction and the universe’s accelerated expansion too, according to the heretic, Organic Physics. All the natural bodies, including our brain’s hemispheres, hormones and neuro receptors, besides spiral galaxies and our solar system etc, actually share the peculiarity of the weak nuclear force, PARITY VIOLATION between right and left. This shows the intimate, nuclear RELATION between every natural body and the weak nuclear force; this RELATION is also evident in the Nobel prized diagnosis, Nuclear Magnetic Resonance (NMR); it could show the healthy effects of the weak force on the human body, if physicians were not “educated” to ignore it. The “weak” force is what we, humans, can feel as LOVE, EROS, EMOTIONS, LIFE. Observing ourselves, we can listen to it within and so realize that we actually are immortal “CELLS” of the intelligent, limitless and living ORGANIC UNIVERSE.

The heresy of Giordano Bruno and the Eternity of Humankind