News
Home / articoli / The return of Ether and Harmony 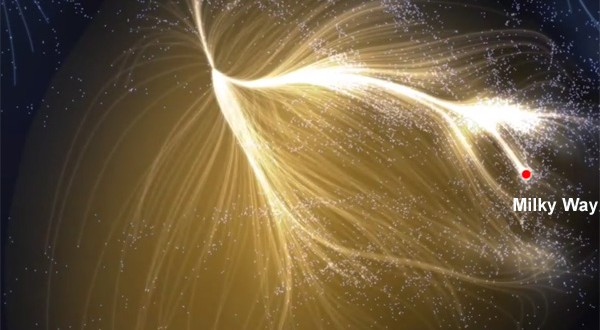 The return of Ether and Harmony

admin 1 October 2015 articoli, Physics Comments Off on The return of Ether and Harmony 58,521 Visti

Why are the winds of war increasing? Because it is emerging that any power is actually powerless, unable to solve economic problems and to explain the natural events, which are changing everything, mainly, human consciousness. While the world seems to prepare for all-out war and/or to deal with a global catastrophe, unexpected yet announced events are occurring in heaven and earth. Media quote them briefly and academies don’t explain them; governments, banks  and churches report them as symptoms of a risky “climate change”. They all behave like the fox and the grapes (1); rather than admit their failure, they neglect the deep changes of everything. One is the evidence of the expansive dark energy that composes about 70 per cent of the universe’s mass and it is probably the same one our brain’s white matter  uses (2). Another event is the evidence of the Cosmic Web that shows the instant coherence of the rotations of millions of galaxies, apparently distant millions of light-years (above image).

“Trusting the categories of space and time is evident stupidity” wrote Giordano Bruno (1548-1600) who invited to use the Higher Mind (white matter) and not the lower one (grey matter) that trusts the objectivity of spacetime, hence believes in the loneliness of planet Earth where we are “obliged to work with the sweat of the brow” in order to survive. Cosmic Web and dark energy belie all the limits and unveil the “tyranny” that has made us slaves. It is our same belief in one linear time, linked to money, to the profits for a few and the debts for many. In 1954 Maurice Allais (3) has shown the effects of the Cosmic Web for the first time. He had observed a Foucault pendulum every 14 minutes – for 30 days and nights – at his Paris laboratory. The swing plane of a Foucault pendulum rotates clockwise, in the Northern hemisphere, and it takes 32 hours to make a full turn at the Paris’ latitude. Allais’ observations happened to overlap with the 1954 solar eclipse. According to known physics, there shouldn’t have been any effects at all, but at the start of solar eclipse the swing plane took an abrupt turn of 13.5 degrees and it began to rotate rapidly anticlockwise. After the eclipse, there was a return to normal. It is known as the Allais effect, over which the debate still lingers, also because it challenges beliefs that gravity is a fundamental force (4). In August 11, 1999, NASA confirmed the Allais effect and other researchers, in Ukraine and Romania, confirmed it with the solar eclipse of January 26, 2009.

The reversal of the Earth’s rotation is a sort of back clock and it can occur during the eclipses. Contrary to common beliefs, a Time Reversal Mirror (TRM) is not just Alice’s Wonderland; it is a technique used for decades in the optical domain and now applied in the ultrasonic one too. A time reversal might also have a human meaning. It is our ability to formulate and carry out plans, to challenge the idea that our “future” depends on governments, churches or banks. If we consciously used the limitless dark energy, we could design and make a new world, plenty of joy and prosperity for everybody.

We don’t since we believe in limits and in the “separation of light from the darkness” that “god” should have made at the beginning of the creation. We ignore that such a “separation” works for spatial probes, but not for our brain. This shows a segregation of the grey matter, the neo cortex (fig. 1) that is only able to use the electromagnetic light, but it is equipped with many connections with the white matter that mainly uses “darkness” (dark energy). These two kinds – white and grey – of organic matter are connected all along the spinal cord; they could link eros and emotions if… our emotional brain were not paralyzed (Fig. 3). Educated to control one’s own emotions and to believe in the “struggle between good and evil”, humans fight against each other for hoarding resources (fig. 3). The fear of limits is the main cause of wars, carried out in the name of “god” or of a freedom, granted to the markets and not to the people. If dark energy is connected to consciousness, as neuroscientists suggest thanks to MRI (Magnetic Resonance Imaging), we might develop our talents or inner resources, realize that our belief in limits has no proofs (man, money, time, energy). This belief has leaded men to slaughter each other, to divide them from women and to separate love from sexuality. All the religions have been quite skilled at promoting the fear of limits that are vanishing at present. Thus new fears are needed in order to maintain the sleeping flock of believers and/or voters. In addition to terrorism, climate change is a “global threat that urges actions”, as US president declared. “A global ecology conversion is necessary”, according to Pope Francis who calls for renewable fuel subsidies and a new partnership between science and religion to combat “human-driven“ climate change.

What if it were vacuum–driven instead? It would be a “catastrophe” for the “knowledge” that ignores the huge dark energy, teeming from vacuum, and an awakening for whoever feels it as consciousness, cosmic oneness.

Notice that vacuum is what sages have called “ether” since millennia.

“The ether will bring the harmony back in the world”, said Aristotle (384-322 BC). The ether is a moving sea composed of vortices, according to René Descartes (1596-1650); it is a superfluid composed of vortices that involve centripetal and centrifugal motions, clockwise and counterclockwise rotations, according to contemporary physicists who have calculated its main features, antigravity, superluminal speeds and time reversals.

The “opposite” rotations can feed on each other, with no need for fuels; they involve One Intelligent Universe, free from the combustion that pollutes the Earth’s surface and gifted with infinite, self-feeding energies. If it is so, we have to deeply review our cult for the “one god” – linear time – that rules everything, salaries and profits, the debts that governments have made and people have to pay. Moreover all the natural rotations are quantized, i.e. arranged on a universal scale whose steps always have a well known and precise value everywhere (5). The so called “climate change” can be due to the ether’s quantum jumps, linked to the four eclipses, occurred in only two years (2014-2015). These jumps allow every body to ascend the universal scale, to accelerate the speeds of rotations of the atomic nuclei that compose that same body. it. These jumps can provoke an inner expansion we, humans, can feel as freedom from all the false beliefs we have trusted up to now.

If the main essence of Nature is the ether full of self-feeding double rotations, we might finally realize that limits don’t actually exist and that our usual conception of reality is now disproved by natural events.

The real reality is not what we have believed, i.e. what churches, schools and academies have promoted up to now. Since these need for people’s attention, they increase the winds of war and the fear of limits, use the usual script in order to maintain the flock of their believers and/or voters.

The “vacuum” ascension allows us to upgrade our level of consciousness, to improve our ability to discern the truth from falsehood. A peculiar “dark energy”, physicists have revealed at CERN in 1974 and called “weak neutral current” is now emerging. This can be the light side of the Force (6); it is extremely fast, hence too weak to be easily observed; yet it is what all the natural bodies, including the human ones, can use. It is a universal, nuclear Light able to unlock the temporal prison into which our brain’s grey matter has been confined. It is what we, humans, can feel as universal Love. Using it means listening to the eternal harmony that is becoming more and more evident in these years.

Another neglected event is the abrupt reappearance of antimatter, observed everywhere in the universe, even in our clouds (Fig. 4). Antimatter would have disappeared 13.7 billion years ago, according to the Big Bang theory.

Are we facing a human-driven climate change, as all the institutions sustain? No, we are passing through an epochal change that allows us to challenge the “tyranny”, to be finally free from what has made us slaves for millennia. It is our same belief in the “categories of space and time”, produced by the “dark side” – the light that spatial probes and our eyes can only observe, i.e the electromagnetic field. The light side is the “weak” nuclear Light an invisible but real SUN can emit.

It is the Earth’s inner SUN, which is fulfilling a solar revolution and It is promoting an overwhelming human evolution. By increasing the light side of the Force, our Higher Mind (white matter) can feel as natural ethics and use so as to make our great dream practical: a new era gifted with friendship and respect, creativity and innovation, free from all the borders or false “separations” that have made us suffer up to now.

(1) See the Aesop’s fable
(2) The brain’s white matter composes 85-95 per cent of the brain’s mass and it is composed of glial cells that outnumber the neurons (grey matter) ten to one.
(3) Maurice Allais was awarded the Nobel Prize in Economics in 1988
(4) See the book “Should the laws of Gravitation be reconsidered?” written by the Scientific Legacy of Maurice Allais, H. E. Múnera, ed. Apeiron May 2011
(5) In scientific terms, rotations are angular momenta that are composed of spins, which can only have a minimum value, ½ ħ (ħ is Planck’s constant) and/or integer multiples of this same value ½ ħ.
(6) See my book BABY SUN REVELATION (2013) written in Italian and translated in French (Petit Soleil), German (Das Sonnenkind) and Romanian (Revelaţia Soarelui Interior)Sun Revelation (Italian) Das Sonnenkind (German)