giulianaconforto 20 September 2012 The True Sun Comments Off on The Earth’s inner Sun 72,757 Visti

We might participate in the dawn of the TRUE SUN that makes every organism alive.

It is the EARTH’s CRYSTALLINE CORE that geoscientists have first recognized in 1936. Almost unanimously they recognize that this Crystalline Core is the Author of the “Big Apple” – the Earth’s magnetosphere – that surrounds all of us, terrestrials, and is controlled by many, many space probes. Like every crystal, the huge one at the Earth’s center (radius 1.200 km) can compose and emit Music, maybe the wondrous OPERA to which many sages have sung praises. This OPERA might be transmitted everywhere by the one and trine Force that physicists have experimentally revealed in 1983 and named “electroweak”, because it is the synthesis of two previously known forces: electromagnetic and weak. “One only Force, Love, links and moves many intelligent worlds” wrote Giordano Bruno (1548-1600).

A “new” Force was discovered about 50 years ago and named “electroweak”; it is carried by three types of heavy messengers, the three vectorial bosons (W+, Z, W-). Studying their features, physicists have recognized that these three messengers can communicate with 6 nuclear particles (quarks) and 6 nuclear antiparticles (antiquarks), as many as the apostles of Jesus Christ. As far as I know, physicists haven’t noticed these similarities and still despise the hermetic philosophies that had instead noticed them.

Many peope are aware of their own past lives, hence human immortality, available to fulfill an alchemy i.e. a nuclear process that allows us to change our individual relations with the two, weak and strong, nuclear fields.

A Planetary Awakening is occurring at present. We now have discoveries and intellectual means that allow us to get rid of the Babel of the languages. This has been the perennial, main cause of all the tragedies of the human history, the individual and collective inability to say bread to bread and wine to wine, i.e. to recognize the human meaning of the words, mainly of the ones forged by authorities on which we depend or rather believe to be dependent.

The CRYSTALLINE CORE can be the SOURCE OF LIFE for many reasons. It is not only composed of Iron as previously believed and media still repeat; The Earth’s Crystalline Core is the planet’s largest Carbon reservoir (1), the main element of biological life. The Earth’s Crystalline Core is not just a dream of famous poets (2). As geoscientists have recognized, It is one single Crystal, moving faster than the rest of the planet, independently from all the upper shells.

The Earth’s Crystal is dancing to Its own rhythms, transmitting motions we can feel as eros and emotions (3). The extremely massive, copious and impetuous flux of the Z bosons, emitted by the CRYSTALLINE CORE, can actually generate phonons – sound quanta – that are omnipresent, i.e. independent of space and time and able to transmit impulses along the vertical direction. This fact can explain the “secret” relationship between our upright posture and our conscious state; phonons can actually move the red blood that circulates in our body (eros) and also the cerebral spinal fluid that circulates in our spine and brain, able to move our emotional brain (psyche).

The flux of the Z bosons can be the FIRE that doesn’t burn, mentioned by the Gospels, the light side of the Force, illustrated by the Star Wars Saga, and/or even the Magic Flute that allows the “royal couple” to fulfill the alchemical OPERA (4).

The “royal couple” is composed of the two, active and passive, principles according to Giordano Bruno. These can be the two – strong and weak – forces that operate within every atomic nucleus. The former moves, can either expand or contract the nucleus, whereas the latter is exclusively attractive and it has so far prevailed over the weak, as physicists have observed up to a few years ago. Yet experiments now show unexpected changes in the relationship between the members of the “royal couple”, mainly due to the so-called “weak force”.

The weak force has the same three messengers as the electroweak one and it is not weak at all; it is thousand times faster than the strong one, hence difficult to be detected by the slow and rigid, scientific instruments. Yet our human brain is composed of special, intelligent cells (astrocytes), that are able to directly communicate with the light side of the Force that appears as a dark energy for scientific instruments.

This fact unveils the higher abilities of the human cells compared to scientific instruments and also the pressing need for realizing who we really are.

Huge energies now shock our planet, increasing the volcanic eruptions and changing the global weather. The Earth’s polar axis and the magnetic one are changing too. Is it a “climate change”? Not only. It is an unprecedented and overwhelming change in the relationship between the two – active and passive – principles, a change that affects everything and everybody. This change can be a new Act of the wondrous Opera, composed and emitted by the Earth’s Crystalline Core, maybe the same event that various prophecies announced since millennia.

The new Act can unveil the true Sun that moves, makes all the organisms alive and can trigger a new special relationship with us, humans, if… we look for it. The new Act unveils the Organic Intelligence with which we can consciously communicate.
In the Magic Flute, composed by Mozart, Zoroaster represents the Earth’s inner Sun that is winning the Queen of the Night.
I don’t invite you to believe me. I invite you to observe yourselves and to answer the main question: “why can we be erected when we are awake and not when we are sleeping?

If the answer is what I propose, we can understand why we can now evolve, develop our sixth sense before the event in which “the stars will fall from the sky”.

(1) Most of Earth’s carbon may be hidden in the planet’s inner core, as a new study suggests
(2) One is the Italian poet Dante Alighieri (1265-1321)
(3) See  Baby Sun Revelation written in Italian, translated in French (Petit Soleil), in German (Das Sonnenkind) and Romanian (Revelaţia Soarelui Interior)
(4) The Magic Flute. See my short movie Human Infinite Universe
(5) See my books and my videos. 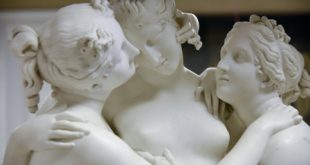 Cold nuclear fusion and the end of times