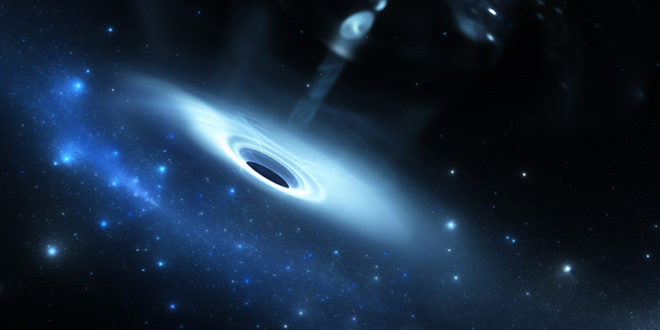 Towards a new era

The Birth of a New Human Mind

For two thousand years we have been celebrating Christmas, the Divine Child, born in a cave dotted with stars, and we do not suspect that this could be the Womb that has hidden Him up to now. Wars, massacres and persecutions have always marked our human history. Although faces and regimes have changed, a few powerful have dominated many powerless, forced the people to arm themselves and fight the “enemies”.

Space observations show that the cave – the sky for us terrestrials – is fading at increasing speeds and upsetting the physical laws. This is an unprecedented event media don’t report. Available to discuss everything about politics and economics, media usually consider sciences as “certain”. Meantime terrorism, likely effect of the terror with which the people have been treated is growing everywhere. We might eliminate its causes – poverty, hunger, pain – take care of the people’s welfare, but there is “no money” and military spending is “necessary”.

We are in a “logical” or rather illogical loop, similar to a snake beating its own tail. Dangers are looming and the collapse of the cave – the Earth’s magnetosphere – looks like one.

“We are loosing our protective shield”, say scientists, considering cosmic rays that come from outside the “shield” deadly for earthly life. Yet the origins of these rays are still unknown and their effects are not so harmful as it is believed. Cosmic rays contribute to the formation of our clouds, hence to the water cycle that is beneficial for all Nature. Why do scientists consider them as dangerous? Because all human minds are educated to trust bipolarity, the struggle between “opposites” – left and right, good and evil, in and out, up and down – to side with one and to devote all the resources to fight the “opposing” one.

The cave is apple shaped and the original sin was “eating the apple”. What if this “sin” meant mistaking the cave for a protective shield? It could be a virtual reality instead, maybe a Holographic TV, created by an advanced, giant society. It sounds as an absurdity but the idea that similar shapes repeat themselves at all scales is scientific, evident in the fractal geometry that great mathematician like Leibniz suggested at first. This implies a coupling between all the natural forms and a Formal Cause or a morphogenetic field, usually considered as “spiritual”.[1]

I suggest that the Formal Cause is material instead; it is the nuclear Light that physicists finally discovered in 1973. This Light is so massive as to be able to move the huge organic molecules that compose the organisms and leave scientific instruments indifferent instead.[2] Even the Gospels spoke of another Light, different from the electromagnetic one that our eyes and usual instruments can observe. Jesus was for him the “way, the truth and the life”. Neither religions nor sciences know what Life is. This nuclear Light could coincide with the River of Life to which many sages have sung praises; it is an invisible, extremely fast current of neutral bosons that our special brain cells could feel as intuition, creativity, inner visions. Being neutral this current indicates a third way, the independence from any bipolarity, and also the need for a fourth way, a training that allows us, humans, to use it in a practical way. Neuroscientists have recently evidenced the very special abilities of our glial cells, composing what I call the Cinderella’s footwear (see Organic Universe and Human Evolution) Our glial cells compose the most conspicuous portion of our brain; they use a mysterious “dark energy” and only marginally electricity, a bipolar way of communicating (composed of positive and/or negative charges). Astrophysicists recognize that they cannot observe dark energy that is almost 70% of the total universal mass they themselves calculate. The permanent contact of our brain with the mysterious “dark energy” can be the fourth way that allows us to become the “salt of the Earth” and finally give a new flavour to our planet.[3]

Since a few decades there is in another important news: the observation of the Giant Baby.

As big as 4-5 times the Earth, He is “divine” since He is free from gravity and the “one god” which has ruled all our human history: time. According to Space Sciences the “Baby” is the plasmasphere, the inner portion of the Earth’s magnetosphere, observed by spatial probes in Extreme Ultra Violet (EUV). It is composed of plasma and gifted with a differential rotation; it takes from 25 to 27 hours to make a full round. Its rotation is therefore slower than the Earth’s visible surface that takes 24 hours to make a full round. For centuries we have considered the Earth as an isolated sphere, wholly linked to gravity. We now discover that the visible Earth is just a thin spherical surface, a beautiful biosphere, coexisting with the plasmasphere that is observable in EUV and extended above and below it!

There is no distance between the two, optical and EUV, images of the Earth.

There is a distinction, involving their kinds of matter, different rotations and even physical laws. The other news is that such a distinction is quickly fading. Dark lightnings such as gamma flashes are increasing, occurring in our upper atmosphere and preceding the visible ones, as if a future world already existed.[4] Moreover our day is lengthening. NASA had to add various leap seconds to the atomic clocks so as to make them fit with the solar time (the latest one in December 2016). All these facts clearly indicate that the one linear time on which most human knowledge is based, is not natural, but men’s belief in the fearsome god Saturn who devours his own children. According to the myth, the last one is Jupiter that the mother hides as a child. Once adult, Jupiter overthrows his father without shedding blood, contrary to what Saturn had done to his own father, Uranus.[5]

What if the advent of Jupiter, symbol of prosperity and free sexuality, were the announcement of a new future? The Apocalypse announces that “a new heaven and a new earth will appear” and many actually feel that we are facing an apocalypse, a catastrophe and not a revelation, as its true meaning suggests. However many facts undermine our faith in the “god” time, the arrow shot by the “Big Bang” 14 billion years ago. Contrary to common beliefs, the laws of physics do not discriminate between past and future; they rather neglect the present, the crucial moment that allows us to fulfil actions, hence change the course of events if we want. Being time the invisible pillar of any discipline and the main way to calculate miserable wages for many and huge profits for a few, even “civil” countries now face a deep crisis, dependent on our human beliefs and independent from the left or right parties, which govern them.

A huge dark energy is teeming from “vacuum” that permeates the tiny atoms of our bodies and the great galaxies dancing in the sky. This shows that no energy limits actually exist. We might achieve all the resources if we were able to use it. The paradox is that the glial cells of our brains already use a dark energy, at an unconscious level. We are not self-conscious, i.e. we ignore the extraordinary abilities of our brain. However we call it, the flux of neutral bosons has no enemies, no borders and no need for protection. Its oneness is evident in the collective coherence of the plasmasphere that composes the Giant Baby, in the “distant” rotations of huge bodies such as galaxies and/or minute particles too. As well as the huge dark energy the River is independent from gravity, space and time.[6]

“One only Force moves and links infinite intelligent words” wrote Giordano Bruno. Most human dramas depend on our ignorance of the Force that, like Music, composes many different times, various kinds of matter and antimatter too.[7] Its Intelligence concerns Its ability to discern a living organism from a mechanism, to interact with the former and not with the latter. If It is the one that physicists call “electroweak”, its light side is the nuclear Light physicists call “weak neutral current”, and “primitive” people “the River of Life”.[8] Is it just a question of names? Not only. A training is also necessary if we want to ascend the “divine ladder”. Its steps might no longer be mysteries at present; these can correspond to the universal Planck’s constant that involves all the spinning and rotating motions of the Universe. We can move up the divine ladder if we use the nuclear Light so as to align the nuclear spins, which make up our human physical body. At a human level this means to fulfill coherent actions with our plans. We can heal it and even achieve a superfluid nuclear state and happily participate in the Giant Baby who might be a Young Man instead, as Michelangelo painted Him in the Sistine’s Chapel.  As a fact we can realize that the so called “protective shield” actually is a holographic TV that is changing all its “channels” i.e. all its different times. As a consequence the EUV image of the Earth could be a channel linked to one of the many existing pasts.

We might be assisting to the Revelation of the eternal real reality and fulfill our Rebirth if we are available to leave the “shadows” of the past, the various channels of the Holographic TV, and to be reborn in a new Earth and a new Heaven.

[1] Giordano Bruno (1548-1600) spoke of the Formal Cause and Rupert Sheldrake of morphogenetic fields.
[2]  It was revealed at CERN and named “weak nuclear current”; it is carried by very massive Z bosons.
[3] As I show in my latest book, Cambio di Logica (in Italian) the flavour is a quantum number that depends on the spin alignment of the quarks and of the antiquarks, which compose the atomic nuclei. The spin alignment is also crucial for the health of the human body, as the Nuclear Magnetic Resonance shows.
[4] Scientists detect dark lightning linked to visible lightning
[5] Saturn castrated Uranus and threw his penis in the waters of the Ocean from which the goddess Venus was born.
[6] The Standard Model of Physics has shown that the Electroweak Force has no relations with the gravitational one.
[7] Our organic molecules are so massive as to be able to interact with the Z bosons, hence to align the nuclear spins of these huge molecules. Scientific instruments are composed of metals that cannot interact with Z bosons.
[8] The electroweak Force is the synthesis of two previously known forces: weak and electromagnetic.