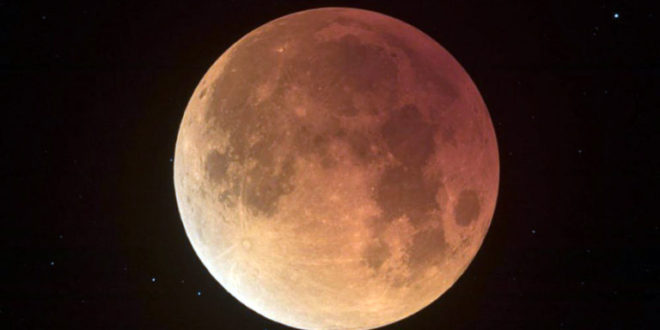 … also of a mentality aimed at extolling the triumphs of Space Sciences and to ignore the many mysteries that these Sciences haven’t solved yet.

“The Universe is infinite and One”, affirmed Giordano Bruno (1548-1600) and the abysmal astronomical blindness could confirm at present. This actually regards 95% of the total mass, according to same astronomers’ calculations. The lunar eclipse of 27/07/2018 confirms the common belief that space has only three dimensions – width, length and depth – and that time is a single, irreversible arrow. Recognized by the Copernican astronomy in the heaven, this same “irreversible” arrow is bound on Earth to the world public debt that grows inexorably, hanging over markets, governments, and peoples. Yet a Back Clock, the clock that goes back, is the natural ability of Nature to generate and realize the genetic Plan, written in the DNA of every living being since its conception, hence before its birth.

Is the Universe a mechanism or an organism?

We don’t know, but we do know that the non-observable 95% doesn’t obey the physical laws and forces that scientists consider as “universal”. Not only. Even the miserable and observable portion (5%) challenges the “universal gravity” since it is expanding at accelerated rates.

People are not concerned with the mysteries of the universe. Yet many “mysteries” concern the Earth, our solar system and the relationships between our human bodies and the three magnetic fields – terrestrial, solar and interplanetary – into which we are all embedded.

The great news is an unprecedented event. These three magnetic fields are reconnecting with each other. The terrestrial one has reversed its North-South polarity, then the clockwise rotation with the counter-clockwise rotation, about 41 thousand years ago, when the Neanderthals, who had coexisted peacefully for about 5 thousand years with the Homo Sapiens, became extinct.[1]  The solar magnetic field reverses its polarity every 11 years and the interplanetary one every 2-3 minutes.

This magnetic reconnection suggests that their joint reversal could be imminent. It would be a huge surprise for all of us, terrestrials since it could unveil what the Earth’s stable magnetosphere has hidden for at least 41 thousand years, as I show in the article Organic Universe and Human evolution.

What if this magnetic reconnection were the announced “end of times” or Apocalypse?

It actually joins three different times or rhythms and allows us to realize whether the one “irreversible” arrow of time is natural or artificial. However, the “irreversible” arrow has been useful to the dominance of a few strong on the many weak ones, all along the known human history. We give credit to a vast celestial SPACE, a giant optical illusion, and to a manipulated history, depending on a false LINEAR TIME. We can leave this obsolete TEMPORAL GAME and realize that an infinite energy gives life to infinite intelligent worlds. It is the eternal Harmony, not a myth, but the so-called weak force that has an intimate connection with the magnetic fields, which also affect the motions of the fluids circulating into our human bodies (see Mutant matrix, bifurcation, and human choices).

The actual meaning of Apocalypse is “revelation”.

And the revelation also depends on us. We can free ourselves from the “tyranny”, as Giordano Bruno rightly called it, realize that no law of nature depends on one, single and irreversible, linear time.

What is time? Time is not an alien, unique and immutable “god” that rules everything the cosmic evolution as well as the unstoppable growth of public debt. Time or rather times are rhythms, effects of rotations. Our year depends on the Earth’s annual rotation, whereas our day depends on the diurnal rotation of the visible Earth that is slowing down since a few decades. We are living exceptional times.

A “new” Earth is emerging, observed by spatial probes in EUV (Extreme UltraViolet); It is here, invisible yet coexistent, much larger than the visible Earth and composed of plasma, the fourth state of matter.

The “new Earth” is the Plasmasphere, painted as it were transparent, not consistent and… useless. Yet it is useful to realize that gravity is not a universal force and rotations are linked to magnetic fields.

The real Earth is one Organism of which we, humans, could be… special cells, gifted with individual abilities and participating in Her/His collective harmony and prosperity. The Universe is not a mechanism; It is all animated by the wondrous OPERA that has been generating all Living Nature and is triggering Its New Act, so promoting our human evolution: the birth of the sixth sense. [1] You will find many different dates, regarding the Neanderthals’ extinction. Yet we should remind that we don’t actually have “clocks” able to measure such remote dates. We use beta radioactivity that can make huge jumps in time when Terrestrial Gamma Flashes (TGF) are involved.