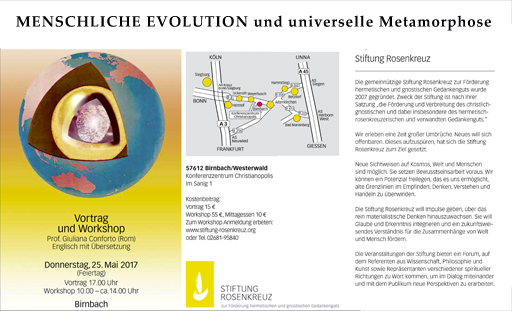 Workshop and Conference in English language on:

„And I saw a new heaven and a new earth“, John writes in the Bible’s final book (Revelation 21:1).

According to Giuliana Conforto the ultra rapid, transformation of Earth and Heaven, that is now observed, is fulfilling the aforementioned prophecy. It is the revelation able to overwhelm the millenary belief we are sinners, expulsed from Paradise and “obliged to work wit the sweat of our brow”, since our ancestors, Adam an Eve, ate “the apple” long time ago. The Earth’s magnetosphere actually has a shape similar to an “apple” and most scientists consider it as a “protective shield“. It is a Holographic 4D TV that we still “eat” since we mistake it for real reality, according to Giuliana. Being the Intelligent Force, universal Love, able to move infinite universes and all the living organisms, Life has no need for protection.

Life is awakening and promoting the evolution of all the humans who sincerely look for it. 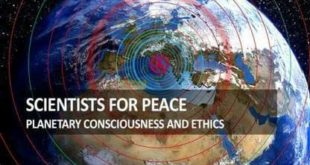 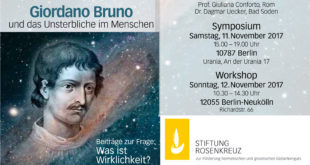 What is the reality? Berlin Symposium 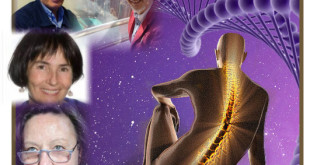