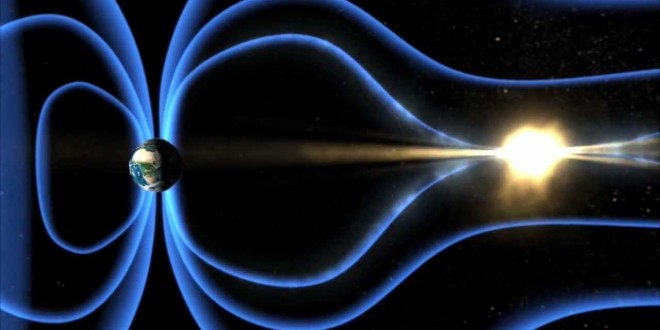 A new wind is blowing all over the world

admin 9 August 2017 articoli Comments Off on A new wind is blowing all over the world 29,699 Visti

It is the solar wind, plasma that escapes from the Sun’s surface and touches the Earth’s one at 3:30 in the night, when our hormonal secretion influences our moods.

There’s a new wind blowing in the air today and it can be perceived as detachment from global politics, centred on debt and banks, i.e. from a comedy that is often a tragedy for people. The new wind blows in the heavens while on earth there is an ever-increasing need for truth and freedom, a feeling of a radical, deep change, which is imminent and historically unprecedented.

We are convinced that we live in a world of limited resources, far from our primary source of energy, the sun, and therefore we are forced to work by the sweat of our brow in order to survive. Every day we run a race against time which increases our debt and leads us inexorably towards death.

Yet borders and limits do not exist in Nature.

The solar wind connects the sun to the earth and an immense “dark” energy teems from what, to our eyes, appears as a “vacuum”. And “vacuum” permeates everything: the space above, the atoms and cells of the organisms below, the magnificent Nature that fascinates us with Its beauty and regenerates itself without using fuel.

Is energy lacking? No, lacking is the intelligence willing to recognise it.

For thousands of years the “vacuum” has been called ether. It was “deleted” in 1897 by an experiment that denied its existence, and any interpretations differing from the official ones were relegated to press blackout. In the 20th century, two theories grabbed the academic limelight – relativity and quantum physics – both famous but… incompatible with each other. And yet it was easy to conciliate them by simply overcoming the speed “limit”, that of electromagnetic light in vacuum. Many researchers worked on the calculations, breaking the limit, and they found a simple solution – the Back Clock, a clock that goes backwards. To this day they are still accused of heresy.

And yet, this is the ability to plan, typical of all organisms, confirmed by the discovery of the genetic code. In fact, the DNA contains a map of the probable stages of an organism starting right from its conception, before its birth. Time Reversal – the Back Clock – is the genetic project, a normal event for the entirety of living Nature!

So what about our “world system”? Based on the growth of debt linked to the presumed irreversible arrow of time, the system collapses with the Back Clock.

To keep the system going, the “creed” in limits was necessary!

Churches sustain the limits of man and Academies sustain the limits of Energy and/or speed. There were, however, experiments that overcame these limits. One of these was carried out by Maurice Allais, who was later awarded the Nobel Prize for Economics in 1988. During two solar eclipses (1954 e 1959), Allais observed the rotations of a pendulum similar to Foucault’s which, as we know, reflects the rotations of the Earth. In Paris, the oscillation plane of the pendulum makes one complete rotation in 32 hours. Allais observed that, as soon as the eclipse started, the plane suddenly inverted its rotation from clockwise to anti-clockwise and went back to clockwise at the end of the eclipse. It was an experimental proof of back clock.

Does the solar eclipse – the alignment in the same direction of sun, moon and earth – invert the rotation of the earth? A similar phenomenon was then also observed by NASA in some subsequent eclipses, but not in all. Allais himself interpreted the phenomenon by the existence of wind in space.

So was ether the cause? Certainly it was a clue that the “vacuum” is neither homogeneous nor isotropic (not equal in all directions) as Copernican principle, on which almost all of modern astronomy is based, presumes. It was a risk for the belief in the division between the earth and the heavens and it was the proof that the “vacuum” has unpredictable behaviours, unsettled by the movement of the moon. The fascination exerted by Space Sciences that observe only lights – only the glaring photons in the sky – is in contrast with the scarce interest shown for the weak biophotons emitted by every living body on earth. Nowadays everyone is talking about Energy, Matter and Time, but nobody really knows what they are, nor do they know that the human body is made of organic tissues, healed by a complex, intelligent immune system.

Then why do we become ill? Perhaps because we are unaware of the Organic Intelligence inside our bodies and the effects on our psyche of the hormonal secretion that occurs every night, just when the solar wind blows over the surface of the earth.

What is Life? Not a mysterious “property” to protect using medicines that do not consider the ability of our immune system to create the appropriate antibodies without resorting to vaccines. The problem is a “knowledge” that does not know what Life is, nor what happens in the atomic nuclei that contain 99,99% of the mass of every body – an absurdity in Medicine that uses Nuclear Magnetic Resonance in diagnostics to observe these nuclei, and then disregards them.

Space, Time and Matter are the increasingly vacillating pillars of a “knowledge” that ignores the bond between body, eros and psyche, basically ignoring the cruciality of human emotions.

Little is known of the immune system and its relationship with our psyche, while much exposure is given to the discovery of high-energy particles, useful to the mechanistic view dominated by ideas such as property and stability, as well as the veneration of idols.

We know the idols. One of them is money, managed by finance, and another is Energy, equivalent to mass (E = mc2), according to Einstein’s famous formula. This, however, is just Rest Energy, the presumed “property” of a body, and it is also the proof of common ignorance. Two other forms of Energy always exist: potential, which depends on the relations between every body and all the universal forces, and kinetic, particularly evident in the very high speed of all those bodies and/or corpuscles that never need to fill up at the petrol station or plug-in to the electric grid.

What is the SOURCE of so much and such widespread kinetic Energy? It is “vacuum” from which the inexhaustible and immense dark Energy teems. And what is the source of potential Energy? This depends on the relationships between every single body and the universal forces. The human body has intimate relations both with the “vacuum” and with the universal forces, variable relations which are not reproducible, contrary to the requirements of the dominating, mechanistic model.

We are faced with a crucial choice. Are we men or robots? Slaves of power, or free to choose not only our treatments but also the ways in which we live and communicate with our bodies and with all of Nature? And then, if we want real justice and freedom, if we want joy and prosperity, which way to take?

The ways are infinite, but there is a Master Way. It is conscience, the sense of identity that is always with us, at any age, the main mystery that science cannot explain.

The most “certain” science – astronomy – is faced with the vast solar wind (Fig 1) that could reverse the small, apple-shaped, terrestrial magnetosphere (Fig. 2). The apple would then shut down for a short time, perhaps a few days. This would be the revelation that what we have observed is not a real reality, but a virtual reality, a matrix which depends in a critical way on our convictions. The signs of the revelation are many and increasing – they are experimental data, known facts, ignored by the media and by the various forms of “spirituality”.

We are now able to recognise what it is that binds us to the matrix. It is a “knowledge” that does not consider the ether, or rather the “vacuum” full of the Energy that animates every thing and every body, and that’s not all; it ignores what Life is. These are the signs that such a “knowledge” is artificial and (goes) against Nature. Therefore it has become urgent to review the pillars that support this knowledge, including the “scientific” creed in the objectivity of space and in the immutability of time, as well as the global ignorance of Organic Intelligence.

The matrix appears divided while real reality is united, rich in energies and resources such as creativity and intelligence, sincerity, friendship and respect… all united by conscience. It is the clear feeling that we are close to an epochal event: The Awakening of Conscience.

It is the end of power and the beginning of freedom, a radical change in the human mind and also in the terrestrial and heavenly panorama. We want to take part in this epochal event and we want to contribute to it, not only with this magazine “AWAKENING”.

We hope it is useful.