News
Home / articoli / The Birth of the sixth sense 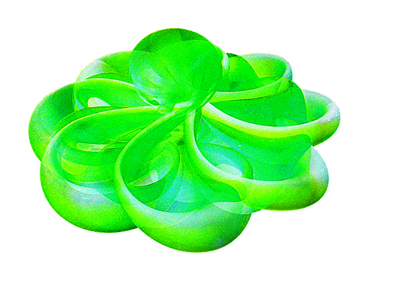 The Birth of the sixth sense

For millennia, religions have exalted the limits of men and mainly those of women. Sciences now assure the ones of resources and governments those of finances. Churches preach and hide their internal crises, while academies offer “certainties” denied by recent observations. Water is polluted and the air is unbreathable, the earth trembles and the “fire” (oil) is in the hands of a few, while work is missing for so many. But … is it necessary to live? I do not think so. Joy and the ability to express one’s own talents, creativity and innovations could be much more effective as well as the common coherent cooperation with the main goal: individual and collective well-being.

What about wealth? Does it come from the amount of money or gold accumulated in “safe” deposits as we have believed up to now? No, it depends on the high quality of our actions and the purposes we persevere, the conditions of the environment and, above all, the consciousness of what is happening in all Nature. Everywhere there are significant changes at increasing rates, changes that media do not report and that sciences cannot explain. Many still trust a main stream “knowledge” that ignores the huge changes, many still use drugs to heal and weapons to destroy themselves. Although  we have tested various and different political regimes, strong social discriminations have remained intact!

The known story was marked by the gold race, first the yellow, precious metal, then the black one, oil, and now the blue one, water. Drought is the problem that the world can not solve until it is divided into hundreds of states all armed against each other.

Global “defense” spending has increased for the first time since 2011 (latest report SIPRI). In total countries around the world splurged $1.686 trillion on arms in 2016. The United States remained at the top of the military spending, considered as “necessary” to fight “terrorism”! What if this were the effect of the terror with which the peoples are treated?

Is there a deception, an “original sin” that drives us to accumulate arsenals potentially able to destroy a hundred times our planet?

According to the three monotheistic religions, which descend from the Bible, we suffer the consequences of an “original sin” committed by our ancestors, Adam and Eve. They ate the forbidden fruit of the tree of knowledge. Many scholars consider that the famous tree is our central nervous system. If so, the “forbidden” fruit is bipolarity, i.e. the way of communicating through opposite poles. This is the typical way through which electricity and also ideas communicate; it induces human minds to stand a party and fight the other “opposite” one. Composed of over 100 billion neurons this tree – our central nervous system – is useful in transforming our will in practical actions that are free, as a theory, yet conditioned by our same belief in limits, as a practice.

Such a belief has never been verified and today is resoundingly denied. An immense dark energy teems from “vacuum” that permeates everything, even the atoms and the cells of our human bodies . Science measures it but it is not able to use it, while humans brains normally use it and manifest it as art and music, creations and innovations, often repressed by the persuasive conviction that here, on Earth, we must “work with the sweat of our brow” and “give birth with pain”. These “divine” condemnations can be due to the confined state of the atomic nuclei, which compose every visible body, due to a nuclear state that is suddenly changing.

The human brain is mainly populated by glial cells, able to use the “mysterious” dark energy. These compose electrically insulating sheaths, encasing each neuron’s process transmitting signals to other neurons; the glials are the subway of the brain, quickly connecting the various regions to one another; they are different from the neurons, that make up the gray matter and compose our “tree of knowledge”.The glial cells make up the White Matter, ten times more conspicuous than the gray one. When, after his death, Einstein’s brain was examined, the only difference with other brains, was a higher number than the standard one of glial star cells (astrocytes).

Thanks to the Functional Magnetic Resonance (MRI), we can see the activity of a living brain and face amazing surprises. Dark energy is greater when we dream, sleep or relax, when we listen to a music or are engaged in sports and recreation, interested in creativity, when we are not working with the sweat of our brow.

All known history has been dominated by bipolarism, the struggle between good and evil that religions have promoted and/or the one between right and left of the “democracies”. Thanks to our star cells, we can use a dark energy and make our life an artwork, express a Natural Magic as sages, poets and musicians already did, as myths and fables suggest. They enchanted us as children, spoke of the Magic and the dream of eternal love that today seems lost.

The arrival of the Prince is the big surprise, at present.

The Prince is the sixth sense, the conscious use of the dark energy we can feel as inner truth; this unveils what any power hides, thanks to the compliant media. The examples are many, such as the investigations into excellent crimes, the collapse of the Twin Towers attributed to Bin Laden and useful to keep wars and religious conflicts in the Middle East. New idols, slogans and even spiritualities now confuse the gray mind that believes in limits and the need to produce it, mainly the need for protection from disease and/or “enemies” that always change and never fail.

The sixth sense is the ability of our White Matter to use the “dark energy” we might feel as eros and emotions, if our gray matter had not been “educated” to trust bipolarism. So “educated” the gray matter is compelled to stand up with one side and fight the other one, to blame the “opposite” side for its own failures. The sense of guilt and the fear of judgment are the main pillars of an “education” that is mainly compulsion, a cunning mixture of half truths and half lies. The separation of light from darkness that “God” would have done long time ago, is now denied by the effects that “darkness” exerts on the “light” i.e. the observable universe. This is only composed of “ordinary” matter, just the 5% of all computed mass (dark matter and energy compose the 95% left).

The sudden acceleration of the universal expansion is actually triggered by the dark energy that teems from “vacuum” and also from the “empty” nuclei of our cells (in the form of amino acids).

Thus no separation exists for us, organisms!!!

No, separation is only apparent, made “real” by the common belief in either religions or sciences, which know but cannot use the “dark” energy. Separation exists for a policy that needs for resources, imposes taxes, uses and produces weapons; it is “real” for the people who work with the sweat of their brows, because they trust limits.

The belief in energy limits is the colossal deception of the written story, 6,000 years full of illusions that hide the ways of the Force, emotions, feelings, sensations, all independent from space and time.

Emotions are obscure and often ignored by sciences, while religions have controlled and divided them in vices and virtues. The sixth sense is the integrity of all functions, permanent union between the fleeting eros and the psyche that finally faces her fears and frees herself from the “sin”, her same belief in the separation of light from darkness, life from death. Recognizing the crucial role of dark energy on the human body (eros) and psyche, we might discover that the mythical golden rain is not a mith. This is the light side of the Force that our royal White Matter naturally uses and our poor gray matter is “educated” to ignore instead. It is the River of Life that bathes everything and everyone, unveils why giant galaxies and tiny particles move at enormous speeds without making gas. It is the golden rain that feeds the uterus and the brain too, manifests itself in talents, creations and innovations, unveils that the Universe is One Intelligent and Eternal Organism, not a mechanism governed by four distinct forces, as many scientists still believe.

If we recognize the human meaning of the contemporary scientific discoveries, we can confirm it, realize that we, humans, might be able to use the Force in a conscious and direct way. We do not want to change the beliefs of those who trust official interpretations, we want to talk to those who are now falling in love with the Prince or rather the Principle that frees us from the servile role in which we have fallen. It is our same will rich in creativity and joy, hence our actions coherent with the great Plan that is working to express our talents and not because we would have been “condemned” to work with the sweat of our brow. We can love Life so much as to to meet the real needs: friendship and respect, sincerity and happiness.