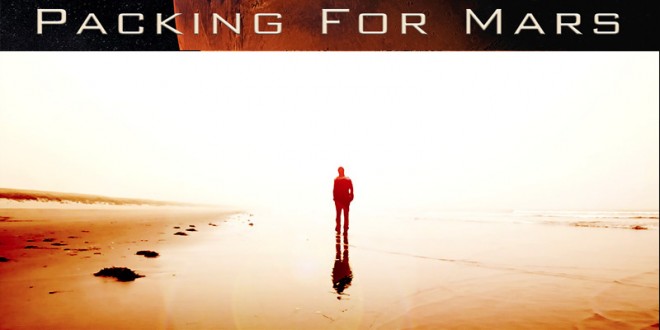 admin 9 January 2016 articoli Comments Off on Packing for Mars 9,551 Visti

I had the pleasure to assist at the première of the documentary PACKING FOR MARS in Salzburg, in October 2015. There I re-met Frank Jacob and Tonia Madenford, respectively filmmaker and producer, and other dear friends too. Our common commitment was and is to discover the truth. Why are there so many injustices and wars in this world, why so much wealth inequality? There is an alien domination that controls humanity through their governments, which apparently make wars against each other but, as a fact, all agree to maintain wealth discrimination and the dependence of the people. Who are “they”? Probably the same ones described in the 1970’s cult sci-fi novel ALTERNATIVE 3; “they” trust the Sumerian prophecy according to which a strange planet, Nibiru, will destroy the Earth and “they” fear the “end of our planet”; “they” don’t want us to know. Yet “they” are gifted with advanced technology, spaceships and teleportation, hence “they” are not bound to the ground as we, terrestrials, still are. This documentary is a sort of Odissey; along his road trip, quietly accompanied by Tonia, Frank meets many witnesses of a space reality, populated by “aliens” that governments know and hide; “they” don’t want us to know. Yet “they” need us, Frank lets “them” conclude at the end of his Odyssey.

And do we need “them”? We should first know what we truly are, as our Ulysses rightly says. The question is very clear, but the answer is not. We need an ALTERNATIVE 4, in my view, we need to unveil what consciousness is. It might be a universal Force, maybe the massive flow that joins humans and universes, what sages have always witnessed and called the River of Life. This answer is not science fiction. Physicists have actually revealed a massive flow of neutral bosons in 1974 and called “weak neutral current”. This can move all the atomic nuclei, about 99.99 per cent of the mass of any body, hence it is not negligible at all. Yet it is what our scientists still neglect, since it is too fast to be easily observed. This flow might be the “light side of the Force” what we humans feel as consciousness and what scientists cannot know, simply because it implies self-observation, i.e. a process that is not included into the scientific method.

Without knowing what consciousness is, many people feel it though, so much as to recognize it as a Cosmic Memory everyone can access when she/he sincerely looks for her/his true Self. Have we already been on Mars? We might also have been on Jupiter or Venus, on stars such as Sirius, Aldebaran, Pleiades, Arturo, Orion’s belt etc. Egypt is “the mirror of the sky” according to Giordano Bruno (1548-1600). The three pyramids close to Cairo actually reflect the Orion’s belt. Ancient civilizations witness the existence of many intelligent worlds contemporary Space Scientists do not observe. The trick has been unveiled. Spatial probes can only observe the electromagnetic light, we might call the dark side of the Force, as it dazzles our human sight and it leads our lower mind to trust a blind science. This mind is our neo-cortex, composed of grey matter. We also have a Higher Mind…

The Earth’s surface can be a matrix, a theatre on which eternal “actors”, our true identities, cover themselves with that “costume” that is our biological body. They, or rather we, might perform a divine comedy that has become a human tragedy instead. About 6000 years ago, “they” arrived and have ruled the matrix through a book, the Bible, three world wide religions share. It doesn’t describe a creation, but an alien occupation according to many authors. However this “sacred” book has imposed false beliefs, all based on dualism: the struggle between good and evil, the separation between light and darkness, the “enemies” we have to combat, etc. [1] .

Whoever uses the whole of her/his own brain, not only the lower mind (grey matter) but also the Higher Mind (white matter) can realize that we don’t actually need for any “protection”, since we are in a friendly, Organic Universe. If our apple-shaped magnetosphere vanishes, we can finally realize what it has hidden up to now: endless, intelligent worlds in which we might already participate.

We are living exceptional times and we all have the wondrous opportunity to become what we truly are: cosmic citizens. We need to realize that our same beliefs have confined us into sciences and/or religions, which pretend to ignore the sublime Intelligence of Life.

[1] I described the Cosmic Memory and a few of the infinite possible stages in my book Baby Sun Revelation (in Italian), translated in French (Petit Soleil) in German (Das Sonnenkind) and Romanian (Revelaţia Soarelui Interior)