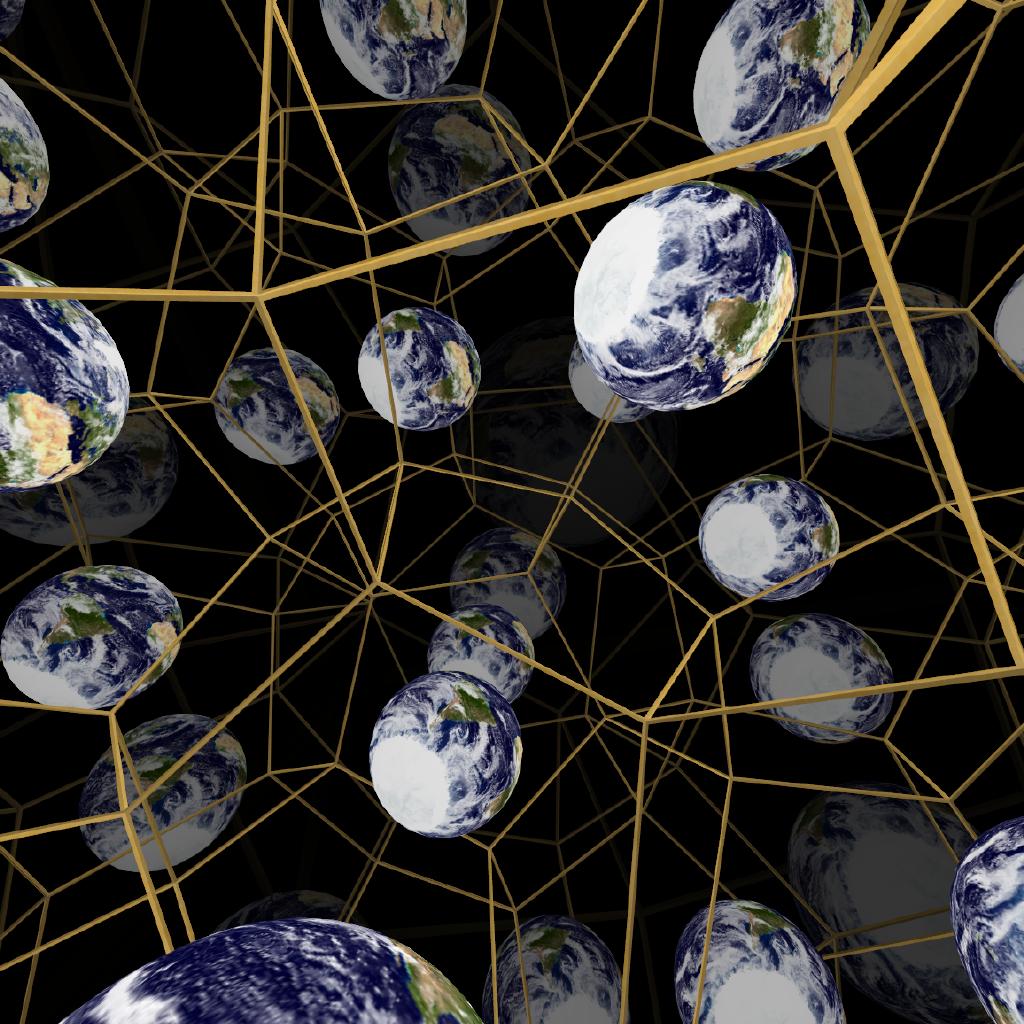 News that NASA’s Kepler mission has discovered Earth like planets 1,400 light-years away thrilled all the people who condider Life as a seed or a genetic code that can only thrive on a few habitable planets. What is Life? Most religions, spiritualities and, at times, even sciences avoid this main question, they neglect the extraordinary abilities of DNA and its cooperation with RNA. What is Life? Biologists have reached the following agreement.

Life is everything that reproduces itself and maintains its own order.

This definition involves crystals, planets and solar systems, besides all the organisms on the Earth’s surface; it suggests that the Universe is an Organic Being.

Looking for habitable planets NASA scientists presume that Life is an unlikely guest of a mechanical universe instead and pretend to ignore what is recognized since many decades. Spatial probes only observe the electromagnetic light, just able to interact with ordinary matter – 5 per cent of the calculated mass – as astronomers agree. What isthe remaining dark 95 composed of? According to official data, 25 per cent is dark matter and 70 per cent is dark energy, all free from the three  forces we have so far considered as natural (gravity, electromagnetism and strong nuclear).

Therefore the dark 95 per cent is supernatural!

“One only Force, Love, makes infinite intelligent worlds alive” wrote Giordano Bruno (1548-1600), affirming what we might now confirm. The only Force can coincide with the one physicists call “Electroweak“. This Force is carried by three types of messengers that physicists have called W+, W- and Z° bosons and revealed at CERN in the 70’s. Thus the Electroweak Force involves the massive flow of neutral Z° bosons, probably coinciding with what sciencefiction as called the light side or also the River of Life to which sages an poets have sung praises. However this challenges the “Empire”, the “knowledge” based on bipolarity, the main feature of the so called “democracies”. The dark side is instead the electromagnetic field our dominant means of communicationon in heaven and earth.

Most people consider sciences as “certainties” and love as a “private” feeling, also because mainstream “knowledge” neglects the light side of the Force, physicists now call “weak neutral current” without suspecting that it could have peculiar relations with the cells of our human brain. Neurosciences have recently recognized the massive presence of a mysterious dark energy in our human brains, so proving the so far neglected link between humans’ feelings and universal Love. The light side is a peculiar dark energy that pullulates from “vacuum”; it is independent from “natural” physical laws and it challenges the main principle with which astronomers calculate distances. It is the Copernican Principle that considers “vacuum” as homogeneous and isotropic. This Principle has been observationally falsified in many cases and never confirmed as a whole. Elaborating the data coming from WMAP probes, prof. Jean Pierre Luminet (Observatoire de Paris) and his collaborators have verified that “empty” space is not isotropic; it has a dodecahedrical structure, proposed by H. Poncaré (1854-1912). This is a 3D, fractal geometry that repeats its shape at many different scales. If it is so, the observed universe is relatively small, merely giving the illusion of a grater one simply because the “empty” space behaves as a hall of mirrors. This “hall” can be selective in frequency and strongly curved, i.e. able to distort and diffract images. Space scientists might not observe Earth-like planets, but the many different, distorted images of the same Earth. “We are in a shadowy reality“ wrote Bruno, burnt at the stake as heretic in 1600. “We are into a video game“, as I wrote in my books. Space Sciences can only observe the video track (photons) and miss the “audio” or sensitive one, composed of Z bosons, able to move the huge organic molecules that compose our human brains/bodies.

Artificial instruments are We humans need to observe ourselves

This thesis deeply affects our usual perspectives. According to the Copernican Principle neither the Sun nor the Earth are in a central, specially favored position in the universe. Thus as observers, we don’t occupy a special place. The Copernican Principle has enhanced our sense of loneliness that NASA current researches reinforce, making us believe we are separated from all the rest, living on a limited and insignificant planet.

Yet the universe’s largest structure is aligned with supposedly insignificant Earth and the “mysterious” dark energy is inside our human heads too. Therefore we are participating in both portions, hence in the whole Universe.

What if the whole Universe were an Organic Being?

If it is so, we humans can be Its “cells”, so intelligent as to realize that infinite worlds communicate through the light side of the Force, the “weak” force we cannot see, but can feel as cosmic oneness, consciousness.

Despite the Copernican Illusions promoted on the Earth’s surface, the Organic Universe is manifesting, implying a deep paradigm shift for Its “cells”, i.e. us, humans.

We are imbedded in a shadowy reality wrote Giordano Bruno (1548-1600), burnt at the stake as a heretic. “We are into a video game”, many serious scientists affirm, while NASA looks for distant, habitable planets.

More and more clues suggest that we are not observing real bodies, but rather the “shadows of the ideas” – 3D images or holograms – as ancient Greek philosophers had already proposed too. These are described in Baby Sun Revelation (in Italian), translated in French (Petit Soleil) and in German (Das Sonnenkind)

Leave the shadows, embrace the truth,
exchange not the present with the future.
You are the vessel which the river overflows in,
whilst the shadows desire only what they devour…

Part of a poem, written by Giordano Bruno.

Precedente October 18, 2014 – Munich Germany
Successiva The heresy of Giordano Bruno and the Eternity of Humankind